EA Sports Madden NFL 18 is now available in stores and offers fans the most extensive football experience for Xbox One and PlayStation 4. In the new part of the series, the players will be able to experience the full intensity of the game for the first time in Madden NFL's history, using the highly advanced Frostbite engine, and the story-length "Longshot" will accompany the film-ready NFL career of Devin Wade. The new MUT Squads also allow you to play with friends in the online mode. Coverstar of Madden NFL 18 is the five-time Super Bowl champion Tom Brady, who is regarded as the best player of all time for many football fans worldwide. 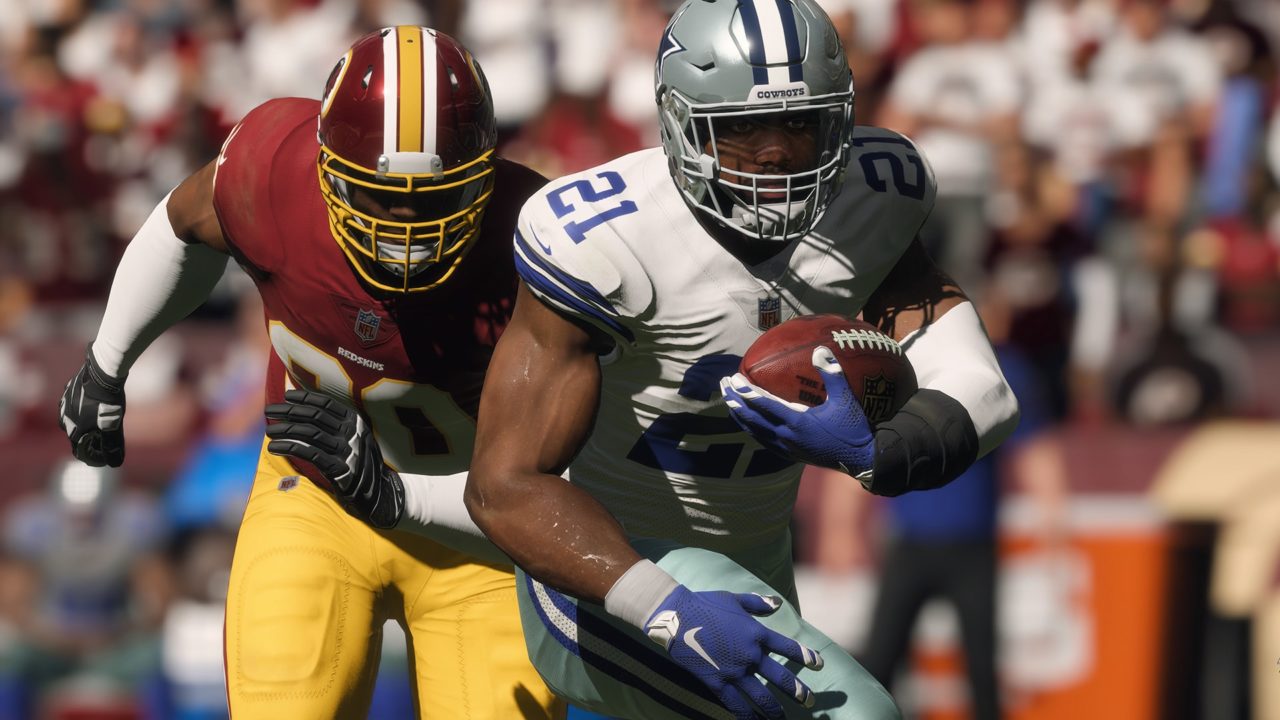 "Longshot", the first campaign mode in the history of the franchise, leads players through an emotional, comprehensive and cinematic football story. On the way to the draft, they slip into the role of the forgotten NFL talent Devin Wade and determine their fate both in the field and in private life. Not only does the authentic Frostbite engine provide for the kinoreife production. Hollywood stars such as the Oscar winner Mahersala Ali and Scott Porter, the star of the US series Friday Night Lights, will be featured in "Longshot".

"With Madden NFL 18, old fans, new fans and casual gamers will all be able to find something they like about this year's edition of the game," says Madden NFL 18 Executive Producer, Seann Graddy. "Every year, we're trying to get Madden NFL further than the year before, and this year, with Tom Brady on the cover that embodies the Longshot story in his career, Frostbite, MUT squads, new gaming machines and more We give the fans the best NFL player experience ever."

Fans of competitive team action may look forward to the MUT Squad. The flexible squads allow players to combine the best line-ups from the current NFL stars and legends in Madden's Ultimate Team online mode, to take individual roles in the field, and interact with other players for thrilling 3-vs-3 matches. New game mechanics and additional control possibilities ensure a more intense player experience, which guarantees fun on all positions.

Other features include the new Play Now Live feature. Thanks to Play Now Live, the players will be able to play not only the best NFL matchups of the current season, but also receive the current roster for their career in franchise mode. Madden NFL 18 also includes three new game styles, allowing players to create their Madden experience according to their own imagination. You can choose between Arcade, Simulation and Competitive.

Just before the launch of Madden NFL 18, EA SPORTS Madden NFL Mobile has also entered the fourth season. The new update offers competitive tournaments, improved players, revised graphics and also a story mode for the first time. Madden NFL Mobile is available for free download on the App Store as well as on Google Play.

Madden NFL 18 is developed in Orlando, Florida by EA Tiburon and is now available for Xbox One and PlayStation 4. Do you need to fast get cheap madden nfl 18 coins? If you want to get enough coins quickly, madden-store.com is a efficient store to provide you with a huge variety of currency trading.

An Unexpected Change Will Affect The Cover Of NBA 2K18

As we explained this Tuesday, an unexpected exchange between the Cleveland Cavaliers and the Boston Celtics will affect the cover of NBA 2K18, next game of the popular series of basketball games of 2K Games.