In Madden NFL 18, do you want to dominate in this years' game? Whether you are new to the Madden series, and Madden 18 is your first game, I believe the following tips will definitely help you. Don't forget enough NFL 18 coins are essential stuff.
1. Know what your playstyle is and own it
First and foremost, know what your playstyle is. Some gamers like to run the ball, and if you like to run the ball, you need to scheme everything around that. That means finding a playbook that has runs, which you are comfortable with. Conversely, you need to find and use a team that best fits your playstyle.
If you love to pass the ball, play as the New England Patriots or the Green Bay Packers. Love to run the ball? Then use the Dallas Cowboys, they are one of the best running teams. Don't worry if other people trash-talk and tell you that you are only good because you are using a particular team. 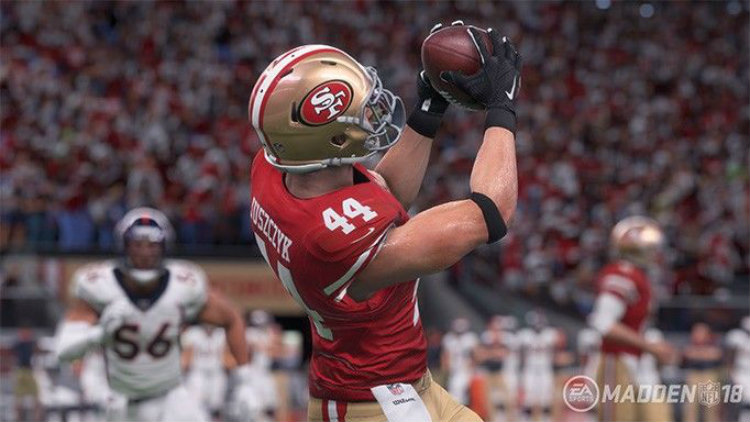 2. Clock and time management
The ability to manage the clock and your time is what separates the very best Madden 18 players from the greatest Madden 18 players. It's important that you pay attention to the field clock and manage it - if you do this, you will take your game to the next level.
3. Monitor your players fatigue
My next tip at dominating in Madden 18 is to monitor your player's fatigue. Not a lot of people do this, yet it is very crucial - especially on offense. When you see your players starting to get yellow or red on the play call screen, sub them out immediately. If you don't sub out, the players will start fumbling the ball and running slower.
If you like to run the ball and your running back is getting tired, take him out for two or three plays and put his backup in. It's important that you don't keep forcing a player that is fatigued, a lot of bad things will happen.
4. Learn how to scheme and also mix things up
If you don't want to be calling random plays with no real reason or purpose. Instead, find a few formations that have multiple plays in them that you like. Then you will want to scheme them to make it hard for the defense.
For example, say you are in a shotgun formation that has a good shotgun run. You'll want to have plays that attack different areas of the field: at least one run play, and a play-action play. If you pull out the play-action, your opponent will assume you are running and it gives them another thing to think about. This is how you make it tough on the defense to defend you!
Correspondingly, to dominate in Madden 18, you have to mix up your plays. Now I know you might have a few plays that you are really good with - you don't want to get stuck calling these plays ten times in a row. If you do that, your opponent with eventually catch on and start to lock you up. Sometimes, you need to be willing to take no gain - just for the sake of mixing it up.

Do You Miss The Latest News To Madden 19

Although it may have been mentioned in previous articles, I don't want any fans of madden 19 to miss any relevant news. Today, let's sum up the latest news about madden 19.