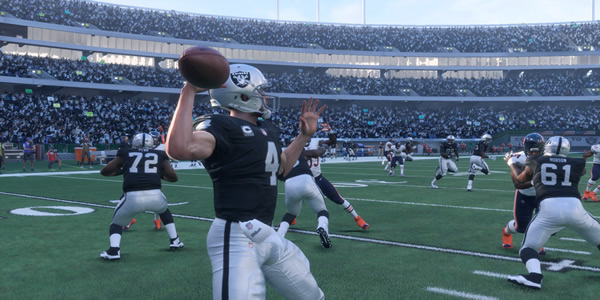 Deployed new technology that will help mitigate some of the disconnect issues. If you or your opponent are experiencing a network issue, you will see messaging in the UI letting you know of the problem and will attempt to reconnect you.

There is also a possibility that Madden NFL 19 is released on Friday, August 31st, 2018 with the premium version of the game being released on Tuesday, August 28th, 2018.

Madden NFL 18 Turns Up All Of Its Details: Grass, Sweat, Helmet

This year's Madden 18, apparently, everything is changed, this game turns up all of its details, including grass details, distant light displays, and sweat and helmet reflections all look better. Overall, Madden 18 is an active and authentic gameplay, it runs at 60fps on both systems. What's more, every pixel counts when you're kissing those bright details with HDR color and luminance data.