Methods To Find A Basketball Hoop In Fortnite Challenges

Now U4GM shares with you Fortnite challenges - Where Basketball Hoops Are Located (Season 5, Week 2 Challenges). And the latest batch of challenges is now available to complete for Battle Pass owners on PS4, Xbox One. U4GM as an expert Fortnite Items website offers secure, fast and inexpensive Fortnite Weapons for you. With more than 10 years of excellence, we have served a large number of consumers. In case you hesitate where to gather cheap Fortntite Materials, U4GM is going to be a very good selection. 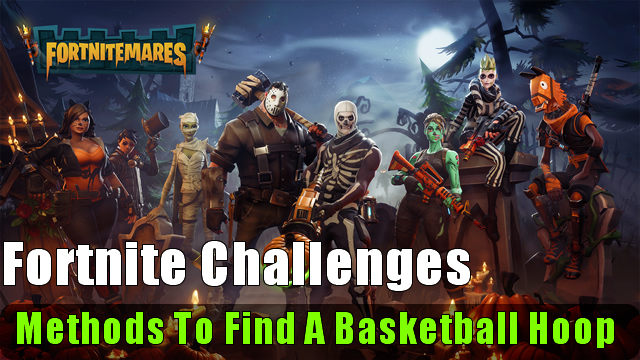 One of the potentially trickier tasks is to score a basket on five different hoops; here's where to find the basketball courts with those baskets and how to complete the challenge. To complete this challenge, you will first need to have unlocked the basketball--one of the new toy items introduced in Season 5. The basketball is earned upon reaching tier 11 of the Season 5 Battle Pass. Fortunately, this can be accomplished fairly quickly, so if you own the Battle Pass and have been playing regularly, there's a good chance you already have the basketball. Once unlocked, you use the toy in the same way you would use an emote by assigning it to an emote slot before a match and pressing the corresponding key or button.

Provided you know where to look, completing this challenge is simply a matter of finding a basketball hoop, then using the basketball toy to sink a shot. There are at least nine hoops scattered across the island, and the challenge doesn't need to be completed within a single match, so the easiest way to reach your goal would be to land near one of the courts at the start of a game and sink a quick shot before having to deal with other players. You can see the location of each hoop below.

● The northeastern side of Greasy Grove

● Northwestern side of Tilted Towers

● Near the second-northernmost house in Snobby Shores

● Eastern side of Junk Junction

● The southern side of Retail Row

● In the picnic area just east of Retail Row

● The northeastern side of Paradise Palms

Be aware that you'll need to score a basket at five different locations to complete this challenge; only the first one you sink at a court will count toward your total, so you won't be able to take a shortcut by throwing the basketball into both hoops on the same court. Once you've scored five baskets, you'll be rewarded with five Battle Stars.

The other challenge that may trip you up this week is to search between an oasis, rock archway, and dinosaurs. The remaining tasks are all fairly straightforward, and they include searching chests in Loot Lake, dealing damage to opponents with Assault Rifles, and searching seven Ammo Boxes in a single match.

Completing challenges will rank up your Battle Pass, which in turn will unlock new skins, emotes, back siblings, contrails, toys, and an assortment of other rewards during Season 5. You can see everything you can earn in our gallery of all the new Fortnite Season 5 Battle Pass rewards.

● Search between an oasis, rock archway, and dinosaurs (1) -- 10 Battle Stars

TERA: What Does a Healer Need To Be Good?

Its no secret that healers have a big role in 3v3, you have one healer and two dd's so I guess healer is often more important than a lone DD by himself but there are DDs which stand out by themselves.

To ensure Madden would be the greatest game possible, scheduled updates are deployed by the Madden Improvement Group to add options towards the game soon after launch and to tune gameplay determined by community feedbac...